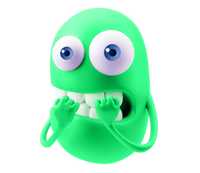 Neko: Meet the sushi catcher and get that salmon roll!

Ah, Japan—the home of intimate ramen noodle shops and friendly locals. Upon setting foot in the heart of Tokyo, you immediately enter a sushi place and order a plate of sashimi. The place seems like any other sushi place you’ve gone to, except for a crowd of rowdy customers gathered in a corner. You hear loud, jangly music playing while the machine makes a whirring sound. You decide to see it for yourself and know what the fuss is all about. This is where you meet Neko—a sushi catcher offering a jackpot worth 1,000 credits.

Spin the unique money wheel and witness the adorable Neko catch a roll of sushi! With an RTP of 95%, this casual game from Turbo Games will entertain you on days you just want to amuse yourself. Take it for a spin today, win big and watch the cat get in a trance!

Neko the cat: How to catch sushi rolls

If you’re looking for a new money wheel with lucrative prizes, then Neko should be at the top of your list. It’s an out-of-the-box classic wheel of fortune game featuring an adorable cat that would determine your luck.

Make sure that you place your bet before the 15-second time limit ends! After that, the wheel will spin automatically and determine the winner of the round.

What makes the game extra thrilling is that you’d be competing against thousands of players across the world. Take this chance to spin the wheel and score ultimate rewards along the way!

Neko: This is how you roll

Turbo Games’ Neko is a brand new money wheel game that will keep you at the edge of your seat. The interface of the game looks straightforward but sophisticated at the same time, with its futuristic design and neon colours in the background. Once you enter the game, its kawaii style will make you experience what it’s like to live and embrace Japanese culture!

At the centre, you’ll see Neko in a trance as it picks the sushi that would win the game. Once the betting time ends, the cat would have spiral eyes, making it seem like it’s disoriented. Instead of multipliers or cash prizes that you often see in traditional games, sushi rolls will spin around the cat.

On the left side of the wheel, there are four multipliers you can bet on. You can also set your preferred waging amount and nickname to personalise the game and make it more fun. All the bets being placed by players can be seen below, along with their multipliers and payouts. Make sure you check your wagers on the ‘My Bets’ tab to keep track of your wins and losses throughout the game!

It’s rice to meet you, Neko!

Neko the sushi catcher, aside from its charming look, is known for giving players the Towers of luck to help them win 1,000 credits. She was a stray cat for a long time until the sushi shop owner found her digging through his trash can one morning with her friend Hamsta. Now, she is the town’s biggest celebrity, making locals and tourists fall in love with Japan even more.

What are you waiting for? It’s time to spin the sushi roll and win multiple prizes in one go. You can even be included in the list of Hall of Fame players and become the next champion of the game!