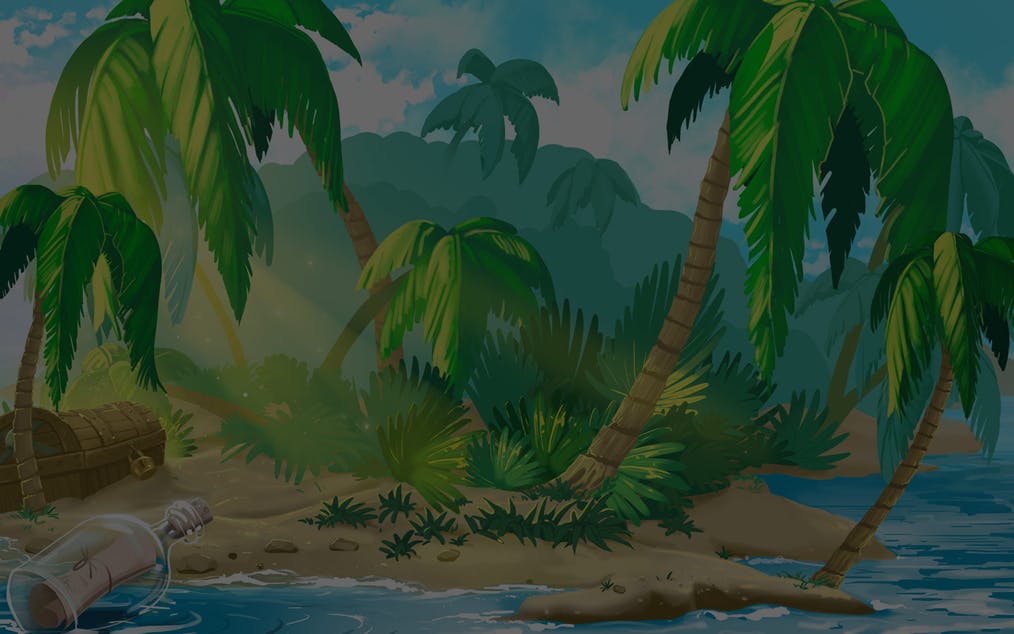 Aye, aye! Prepare your hats and sharpen your swords for you are about to ride against the waves in Pirate Booty. Your bravery is greatly tested while doing a mighty quest of retrieving chests full of treasures.

Four pirates await you on the deck so be ready with your mightiest fighting spirit. Your confidence in getting treasures is highly elevated by the intoxicating smell of rum.

Pirate Booty is available on desktop, mobile and tablet so you are free to choose which serves your best interest. You can play this 5-reel, 20-payline slot game for 0.40 to 4,000 coins per spin

There are several symbols that are divided into two categories: minor and major.

The minor symbols are hook, sword, pirate’s hat, and a barrel of rum. They give a variety of rewards based on the number of symbols you get. The payouts in coins based on the maximum bet are as follows:

The major symbols are four different pirates. All of these give different rewards. The payouts in coins when you bet the maximum amount are as follows:

The Treasure Chest scatter symbols trigger up to 15 free spins if you hit three or more of them.

Getting the four pirates on all four corners of the reels can pay 7x your bet.

The game is set on a huge ship with thick ropes, rusty anchors, and barrels of rum. It has thematic symbols and characters. The piracy theme is justified by the design of the game. You can see hooks, swords, hats, and the pirates themselves. All of them have detailed cartoon illustrations.

The pirates have different characteristics. The captain and old pirates have serious frowning expressions. Great rebellion is evident from the smiles of the tattooed and female pirates. They all hold mighty weapons to defend themselves.

You can see how the choice of colours perfectly blends with the theme. Brown is the central colour because aside from the wooden designs, it is also a colour associated with piracy. The music is intense and adds more adventure to the game. You can even hear playful voice-overs such as ‘So much booty!’ from one of the characters.

Pirate Booty: Be the Best Pirate

Pirate Booty satisfies the players’ interest with its marvellous gameplay and features. You can dedicate your time and loyalty to the playful concept of the game. You can even potentially win the big jackpot of 4,000 coins in this slot.

Booming Games makes sure that they exceed your expectations with Pirate Booty. Its design is a great shift from their popular classic slots The King Panda and Booming Seven.

With the right direction and proper fighting spirit, you can be the best pirate who can retrieve the most treasures in Pirate Booty!