AMPM
Back to  Cricket  news 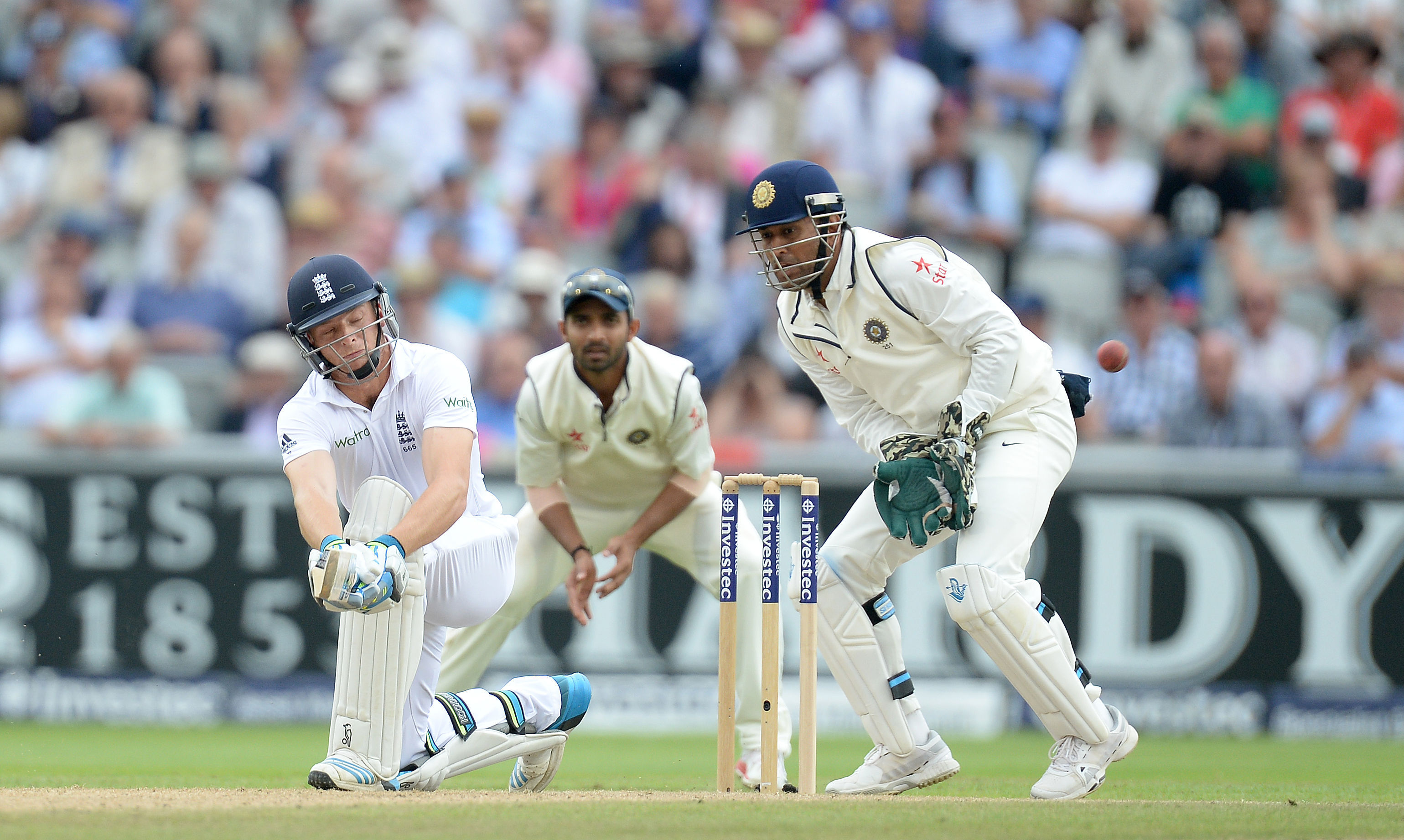 Dhoni vs Buttler: Who is the best white-ball keeper?

Tim Paine’s comments have stirred a debate which we try to settle here.

Long regarded the best finisher in world cricket, MS Dhoni’s supremacy in white-ball cricket has found a new challenger in England’s Jos Buttler after the latter’s exploits against Australia.

Following the English wicket-keeper’s hundred, which dug his side out of a hole and won them the final game of the series against Australia, Tim Paine commented that Buttler has currently surpassed Dhoni when it comes to white-ball cricket. Former England captain Michael Vaughan added fuel by agreeing with Paine and sparked a debate online.

Fans from both sides vehemently tried to defend their choice with Dhoni finding a lot more support than Buttler. But which of these players is actually the trump behind the stumps?

When it comes to their overall record, Dhoni obviously towers above Buttler since he is a proven finisher who has single-handedly won India a number of games over the years. His highest score of 183* is also much better than Buttler’s 129.

However, considering Buttler is just 27 years of age, a side-by-side comparison of both cricketers at that age reveals a bit of a closer comparison. Dhoni still emerges ahead with 4567 runs at an average of over 50, but with 3091 runs from 97 innings, Buttler looks to be catching up to those numbers.

Of course, impact matters too. Dhoni was part of a dominating Indian side where he was given a free hand in his early days. That contributed quite a bit to his early success. Buttler is also a part of such a side. The English side has been fabulous in limited overs cricket, where they have emerged as the top rated team. To be among the best in such a star-studded line up speaks volumes about his ability. His impact in high-pressure situations, though, still remains untested as one series cannot determine a player’s ability.

But Paine’s comments were more about current form and when it comes to that Jos Buttler could be ahead of MS Dhoni, albeit by a whisker.

Buttler dominated the latter half of the Indian Premier League which got Rajasthan Royals through to the Playoffs. Dhoni meanwhile, had some good knocks, but didn’t get the opportunity to play consistently since the top order of the Chennai Superkings was firing.

Dhoni didn’t have a very happy time against South Africa. He struggled at times and faced a lot of criticism for his lack of consistency and inability to accelerate the scoring rate when needed. Buttler by contrast has been in red hot form. He has shown excellent intent and can score boundaries at will; much like Dhoni in his heyday.

By that comparison then, Buttler does come out ahead, but as all cricket fans know, form is a temporary mistress while class is something not many can boast of. Dhoni has proven his class time and time again which Buttler is yet to do.

The two wicket-keeper batsmen will come face to face in India’s tour of England in what will be a testing time for both players. This series could be the one that decides once and for all, which player deserves the coveted tag of “Best white-ball wicket-keeper in the world.”

Australian All-Rounder Banned For Three MonthsAustralia’s all-rounder will miss three months after allegedly making an illegal bowling action. The ban will keep him off the cricket field in the ongoing Big Bash League and the first couple of weeks of the IPL’s 2020 season.
Glenn Maxwell to Make International Comeback with South Africa TourMaxwell lost his place in the ODI set-up after underwhelming performances in the 2019 World Cup.
Usual suspects on top, while RR and RCB leapfrog playoff contendersChennai Super Kings have already qualified for the playoffs of Indian Premier League (IPL) 2019 and Mumbai Indians as well as Delhi Capitals can follow suit with wins tonight. Here’s our penultimate power rankings heading into the final stages of IPL 2019.
Preview: India target winning start to T20I series against Australia Australia begin their tour of India with the first T20I of a two-match series against The Men in Blue at Visakhapatnam on Sunday. The Australians have won just one of their previous five matches against the hosts in India and go into the series as underdogs.
Ross Taylor overtakes Stephen Fleming to become Kiwis’ top ODI scorerNew Zealand’s veteran batsman Ross Taylor surpassed Stephen Fleming on Wednesday to become the leading ODI run-scorer for the Kiwis. Taylor went past Fleming in the Black Caps’ third ODI against Bangladesh at Dunedin's University Oval.
Preview: India look to continue their dominance over Kiwis in HamiltonPreview for the fourth ODI between India and New Zealand at Hamilton
Preview: India’s Kiwi challenge begins with the first ODI at NapierAfter a successful tour of Australia, the Men in Blue will battle the Kiwis in a five match ODI series and a three match T20 series starting Wednesday.

Sri Lanka’s decline as a cricketing powerhouse is a cause for concernSri Lankan cricket was once the envy of the world with their world-class spinners and hard-hitting batsmen. One would expect such a team to reach new heights with the passage of time, but the Lankan Lions have a different and rather painful tale unfolding of late.

Mohammad Abbas could be Pakistan’s most lethal option in the World Cup
Ashwin hoping for white ball comebackIndian spin bowler Ravichandran Ashwin has said that he is still hoping for a chance to make a come-back to the Indian side in the white ball formats.