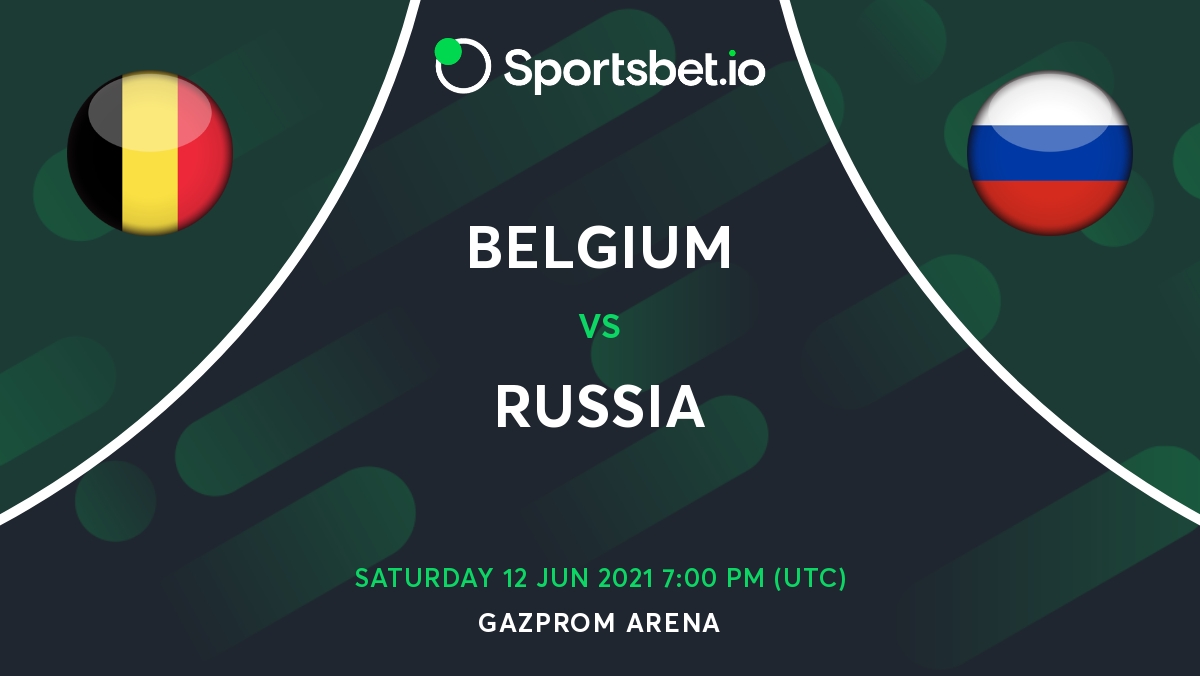 The game will be played this Saturday at 7:00pm GMT at the Estadio Krestovski.

Excitement builds for this Saturday’s clash between FIFA World Ranked (1) Belgium, and Russia in St Petersburg. Neither side are strangers to the competition. This is Russia’s fifth successive major tour-nament, whilst Belgium play in their 2nd in a row for the first time since 1984. They’ve met frequently in recent years, the Belgians always victorious. However, it's a huge game at home for the Great Bear. Competition for 2nd spot will be hard in a Group which includes Denmark.

The history of these teams is legendary and this edition of the European championships will be important to see their performance. Right now the probability of scoring for both teams is high (54.05%), but we have to wait for Saturday to see it for ourselves.

A Golden Generation of Belgian Football

Even though Belgium enjoy the highest ranking of any team coming into this European Champion-ships, their recent form doesn’t place them as tournament favourites this year. They are hard to beat though, having won three and drawn two of their last five matches. That said, in qualification, they finished top in Group I, with a maximum 30 points, six more than runners-up Russia.

As a top ranked team, this talented group of individuals, many feel need to start to deliver on the greatest of stages. The squad is not old, but with an abundance of quality in the final 3rd, they need success at a major tournament.

The Russian road to the tournament has been a mix of success and failure. They’ve won two, lost two and drawn one of their last five fixtures. They lost 4-1 to Russia in the penultimate qualifier at home. This was the first time they’d shipped that many at home in their history, revenge will be sweet.

Goal-scoring remains an issue for the Russians, who, having reached the heights of the Semi Fi-nals in 2008, crashed out at the Group Stages in the past two major tournaments. Defensively solid and hard to break down, they do have a chance to frustrate their way into the knock out stages.

History is firmly on the side of Belgium, having enjoyed so many victories over the Russians of late. The Belgian pedigree, rightly places them with a (58.48%) chance of victory. That said, be prepared for the wounded Russian Bear to unleash a surprise. A draw is considered 26.67% likely.

Belgium beat Russia twice in qualification and netted seven times. They are unbeaten against them in seven meetings, (W5 D2). The Russians did get two goals during these two encounters, a poor return and some-thing that may prey on their minds during this fixture.

Regarding the fascinating statistics of Belgium in Europe, they are positioned with their offensive talent as the team who would possible open the scoring with 67.11%. Also there is no doubt that Italy would score at least one goal (36.49%), while Russia's odds are to score either exactly one or none.

The Belgians are a relatively youthful side, packed with established talent. The stand-out player is Champions League Mid-fielder of the Season, Kevin de Bruyne, who picked up four goals and seven assists in just six European Championship qualifiers in 19/20. For Russia, the star man is Artem Dzyuba, the top scorer in Internationals. Now aged 32, his successor is considered to be Aleksandr Sobolev, who netted his first against Sweden in October 2020.