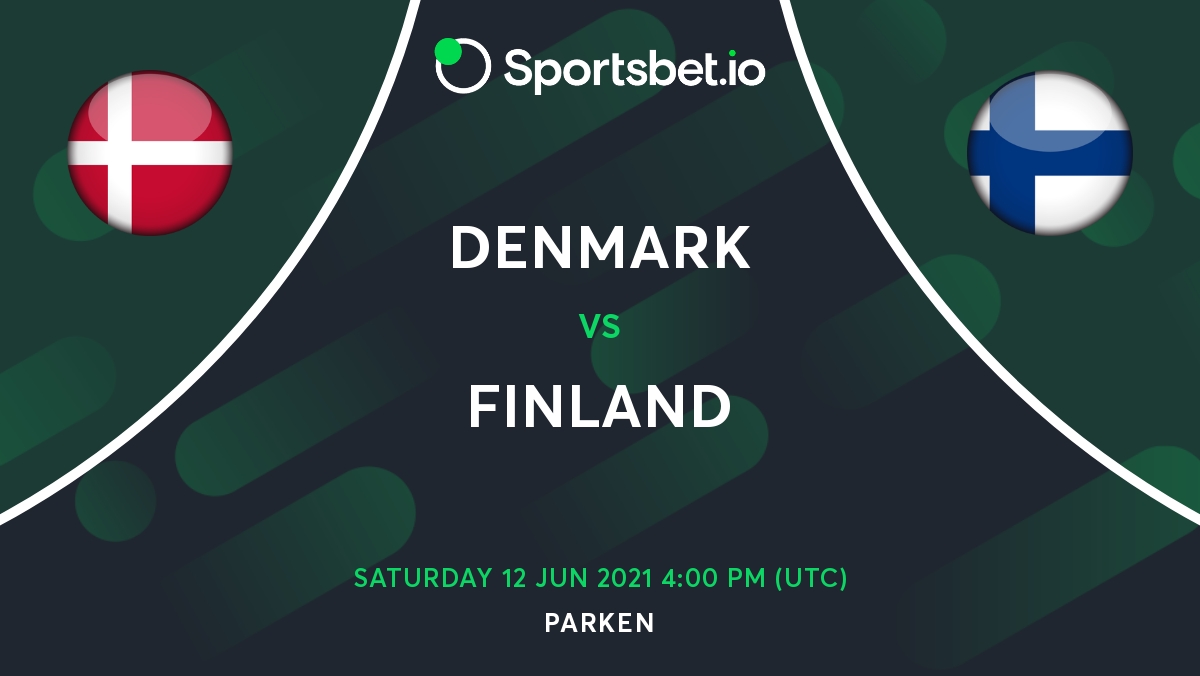 The game will be played this Saturday at 4:00pm GMT at the Parken Stadion.

The Hammer of the Gods will ring out in Copenhagen this Saturday, as Denmark host Nordic neigh-bours Finland. A fitting debut for the Finns, making their first ever European Championships. The Danes, seasoned campaigners, will enjoy a home advantage, but local rivalry is something, never to be under-estimated. Group B has two host Nations, as they are joined by Belgium and Russia.

It's the first European Championship for both teams and eyes are on them. Which will score the first goal? Denmark is clear favorite here (50.76%), but the odds of both teams scoring a goal are high as well (42.55%).

Denmark Have History On Their Side Against Finns

In their last five matches, the Danes have won three, drawn one and lost one. It’s their 9th European Champion-ships, last appearing in 2012. They’ll be confident of a positive start at Parken Stadium, given their overall record against Finland.

The Danes are considered favourites to finish 2nd in Group B. The spine of their team is formidable, with Caspar Schmeichel in goal, and the out-field is littered with glittering names like Christian Eriksen and Pierre-Emile Hojberg. Overall, they are a well balanced side, with an excellent mix of experience strong defence and lively attack. They may prove to deliver a few surprises.

Finland's good form and attacking power can give fans hope. Leave the game without goals conceded? It is somewhat possible for Finns, currently 48.78%, so let's see what happend next Saturday.

Finland’s recent form suggests they’ll struggle to get beyond the Group Stages. That said, they’re proud to be at their first ever European Championships and named their National side, team of the year, with coach Markku Kanerva collecting the gong for best coach. He believes that travelling to Copenhagen or St Petersburg is perfect for the fans.

The key Finns’ strength lies in being an un-known quantity. They are rank out-siders in the competi-tion. They will be led by striker, Teemu Pukki, who recently won promotion to the Premier League with Norwich. A Group Stage exit is the most likely outcome.

So the Fins have strong confidence in theirselves. Will they be able to maintain their offensive talent throughout the game and shield their defense from conceding a goal? At the moment the probability it's really uncertain at that point (11.86%).

It’s fair to say that with Finland’s squad not featuring any big names from the top flight of European football, it’s hard to see anything but a win for the Danes in this match. Denmark are given a strong (66.23%) likelihood of victory. Experience is likely to be a key factor, something the Danes are not short of at the European Championships. A draw is considered (25%) likely.

This will be the sides’ third meeting at Parken Stadium, their most recent being a 1-1 friendly draw in August 2003. Finland are without a win in Denmark since a 2-0 friendly success in September 1949, which is only their 2nd only their second away win against their neighbours. Denmark's home record against Finland since that defeat is W18 D3. Finland's record is W2 D3 L22.

Given the fascinating statistics of Italy in the past, right now The Danish es are positioned with their offensive talent as those who would possibly open the scoring with 72.99%. Also, which team score the most goals against his enemy? There is no doubt that Denmark would score also at least one goal (35.84%), while the Fins' odds are to score either exactly one or none.

The Danish have a very strong spine, in Schmeichel, Eriksen and Hoiberg. It will be interesting to see how Barcelona striker, Martin Braithwaite fairs. The key player for Finland is striker, Teemu Pukki.