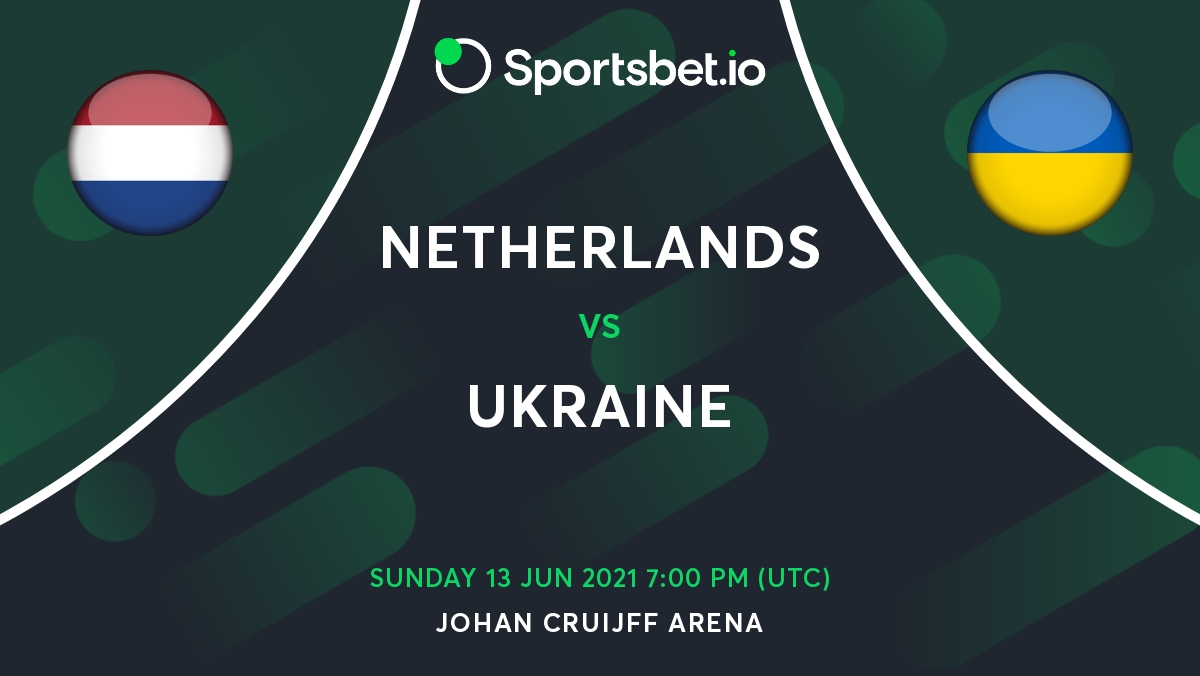 The game will be played this Sunday at 7:00pm GMT at the Johan Cruyff Arena.

A sea of Orange will fill the Johan Cruijff Arena on Sunday evening, as Dutch fans celebrate their team’s return to the European Championships. They host Ukraine, a team with only 2 other appear-ances in the competition. Major tournaments without the Netherlands don’t feel right, but thats how it was in 2016. It's a game that may eventually settle who will top Group C, so will likely be full of action. The group is completed by Austria and North Macedonia.

Netherlands - Strong Through The Middle

Frank de Boer’s men have grown a strong side after they failed to qualify for the last tournament. There is plenty of talent in this young team, though he acknowledges there is still work to be done, particularly up-front. That said, they have an impressive World ranking of 14th.

The Dutch on the other hand, have won three of their last five, lost one and drawn the other. It’s an inconsistency that perhaps reflects a team still in development. However, they have a formidable spine, comprising Matthijs de Ligt, Georgini Wijnaldum, Frenkie de Jong and Memphis Depay. If Liverpool’s talisman defender van Dijk is fit in time for the competition, their chances of success rise significantly.

Ukraine are currently ranked 24th in the World. They shared the same qualification group as Portugal and managed to come out on top, so it would be a mistake to under-estimate them. Managed by legendary striker Andriy Shevchenko, they could be dark horses if they get out of the group. That said, with four draws in their last five games, current form suggests that might not be the outcome.

Coach Andriy Shevchenko offers a pragmatic view about his team’s prospects, which may itself be a tactic to allay nerves in the dressing room.

Despite the strength of the Ukrainians, we can't forget the ability of the Netherlands to face their rivals in the championship. It doesn't seem that it will be an easy duel in which only Ukraine scores goals (94.33%).

The Dutch will likely get a ground-swell of home support in the Group Stage progresses. This fixture may be the best chance of getting a positive result. Ukraine do have the potential to win the group, but the win probability here favours the Dutch, (60.24%), with a draw at (27.03%).

The Dutch remain un-beaten by Ukraine, having played them twice in friendlies, (W1,D1). This, how-ever is the two sides’ first ever competitive fixture. Coach Andriy Shevchenko featured in both of the Ukraine’s previous friendly meetings. The Netherlands have the significant advantage of playing three group matches in Amsterdam, a fact that must elevate their chances of progression.

One to watch for Ukraine, is Roma Bezus, currently on fire at Gent, having scored six in his last eight games. They also have a versatile left footed mid-fielder in Russian Malinovskyi, whose long range efforts are incredible. The Netherlands have a versatile left footer in Matthijs de Ligt, who, having Captained Ajax at 19 is a star in the making.