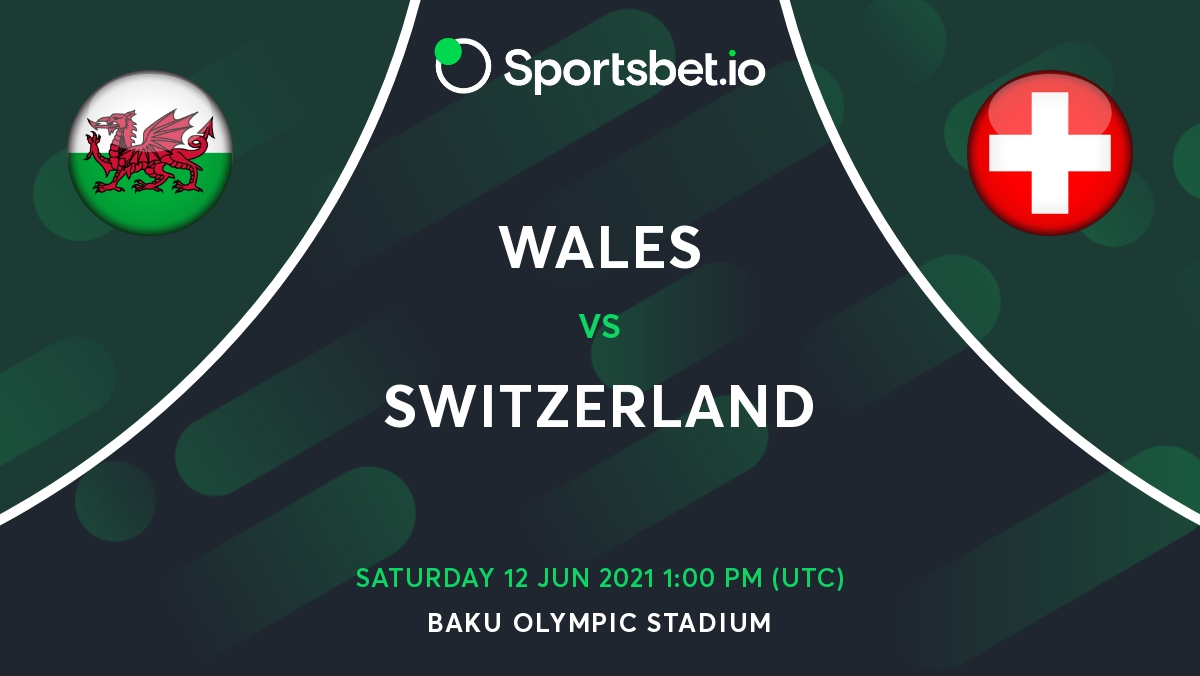 The game will be played this Saturday at 1:00pm GMT at the the Baku Olympic Stadium.

Wales return to the European Championships, hopeful of repeating their heroic performance from 2016. On Saturday, they face Switzerland at the Baku Olympic Stadium in Baku, as the glorious festival moves to a neutral ground. With both sides not favourites to advance from the group, it’s an opportunity to get the edge over their opponent.

They both reached the knockout stages in 2016, the Swiss making the last 16, whilst Wales the reached the Semi Final, surprising everyone. They are joined in Group A by Italy and Turkey.

The European Championship starts with the eyes on these teams. Which will score first? Could it be the Welsh? Or the Swiss? Maybe both? Although Switzerland is the favorite one, the odds of both teams scoring a goal are high (46.72%). It will be an electric football show.

Wales, a Team Full of Hunger and Passion

Wales arrive on the back of four wins in their last five games and one loss. The European Championships in 2016 was their first major tournament for 58 years. Reaching the Semi Final has re-ignited belief in the team, but with that comes expectation.

Coach, Ryan Giggs says his team is improving as a group, keen to score goals and create chances. Giggs is also pleased to be playing two of the Group A games in Baku, as it makes it easier logistically, as well as for the fans.

The Welsh are ready to face Switzerland and in European championships. Perhaps the national team are put on the ropes, because the numbers indicate that they will have to prepare their defence, as their probabilities of receiving goals are really high (86.95%).

The Swiss are Consistent Qualifiers

Switzerland are currently ranked 16th in the World, and have four wins, and one draw from their last five matches. They are perennial qualifiers for major tournaments, however their form against stronger teams has often fallen short.

In Switzerland, we can expect a team, well organized and capable of frustrating opposition. They drew in three of their four Nations League games against Spain and Germany, so they can dig deep and may qualify as a 3rd placed team. However, that could land them in the path of France.

All Switzerland's recent games have not ended in victory, but their history precedes them, so their enemies must fear their worth. The odds of Switzerland leaving the match with conceded goals are also high (76.33%), so it will be an energetic fixture between the two teams.

The Swiss are slight favourites to get the win, considered (44.44%) probable. A draw is considered (32.26%) likely, with Wales going into the game with a (28.17%) likelihood of taking the points. The neutral venue however, could level the playing field some-what, so there may be a surprise or two.

The Welsh ran out 2-0 winners in a European Championship Qualifier in 2012, their first victory against the Swiss since 1951. Switzerland, however won on the other four occasions the two sides met, without conceding. The poor scoring record against the Swiss will be a concern for Wales, who need to get a positive result, to stand a chance of advancing from Group A.

Given the statistics of Switzerland in the past, right now the Swiss are positioned with their offensive talent as those who would possibly open the scoring at the Baku Olympic Stadium with 72.99%. But this does not end here, because the opportunities don't end for Wales. Which team will win? Who will score the most goals against his enemy? The window is open but there is no doubt that Switzerland would score at least one goal (27.93%), while the Welsh' odds are to score either exactly one or none. Let's see what happen next Saturday!

Much will depend on the performances of Granit Xhaka and Xherdan Shaqiri for Switzerland. As for Wales, they have two match winners in Gareth Bale, who’s domestic credentials with Real Madrid are stellar, as well as Ethan Ampadu, who has strengths in both attack and defence.