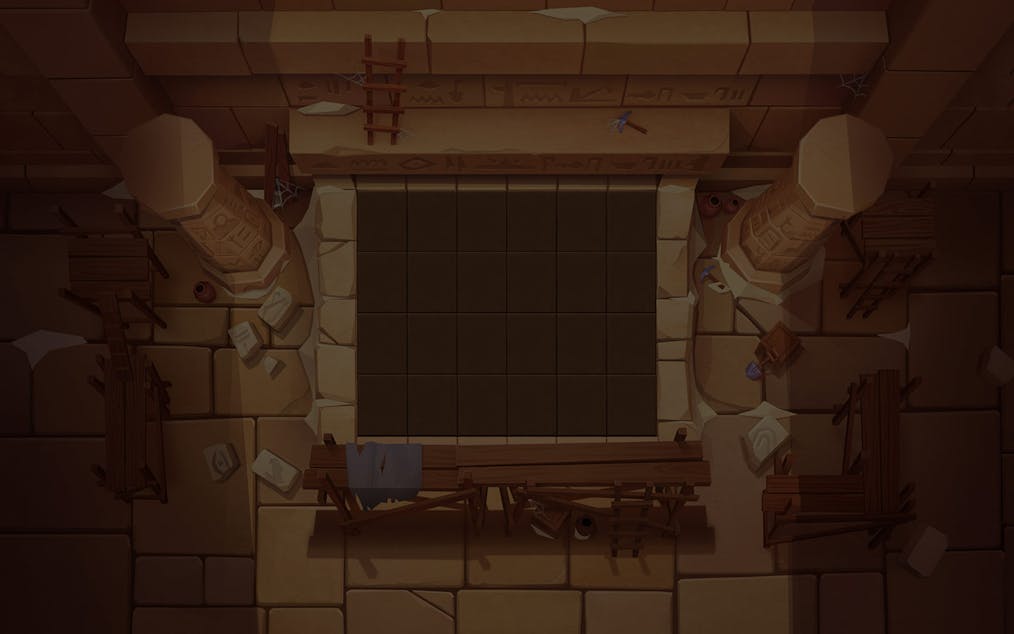 Experience the wrath of Ramses’ Revenge

The tomb of Ramses glistens as an innocent explorer draws near. Do you dare approach as his eyes glint in the darkness? If you want to survive the powerful pharaoh’s wrath, the only way to do it is to spin the reels and pray to the gods that luck is in your favour.

Travel back in time to ancient Egypt when you play casino slot Ramses’ Revenge. Your luck will be tested and if the powerful pharaoh deems you worthy, a chance to bring home a jackpot of 49,999x your stake is within reach.

The long-abandoned crypts of an Egyptian pyramid hold the secrets of the famous pharaoh Ramses. Regarded as one of the greatest rulers of Egypt, he awakens once more for revenge.

Escape his wrath by betting a minimum of US$0.10 to a maximum bet of US$20. This 6-reel video slot game by Relax Gaming offers 4,096 different paylines and an RTP of 96.15%. Pray that the ancient Egyptian gods are on your side as you venture for bigger wins!

The low paying symbols of the game are depicted with ancient Egyptian symbols. These include a blue ankh, the eye of Horus, a red lotus, and an image of the sphinx. See the table below to check each symbol’s corresponding payout values at maximum wager:

Egyptian relics and images such as Bastet, Sobek, Horus, and Ra serve as the high-paying symbols of the game. Check the table below to see each symbol’s corresponding payout values at maximum wager:

The Wild symbol in this slot game comes in the form of Ramses’ mummified head. He wears the pharaoh crown and his eyes glint with vengeance. This can substitute all symbols, helping you complete more paylines and win bigger rewards.

While spinning the reels, you can come across a symbol of an explorer holding a flashlight with one hand and clutching Ramses’ treasure in another. This symbol will help you get free spins, which is the perfect way to get more chances to win.

This feature is triggered randomly, so watch out for a sandstorm moving through the reels. The sandstorms come in waves from 2 - 6, and 1 - 4 hidden symbols are placed on the reels. When the sand storm is finished, these hidden symbols will turn over to reveal the same symbol type, giving you more chances of completing a payline.

At the lower left side of the screen, you will notice a large sign that will allow you to buy Free Spins. This gives you the power to spin the reels and trigger the Free Spins feature any time you want.

Ramses’ Revenge: Get a taste of sweet retaliation

Beware of booby traps and ancient weapons poking out of the ground when you play casino slot Ramses’ Revenge. The pharaoh’s palace may seem beautiful, but you never know what kind of curses are lurking beyond the tall pillars.

Ominous music greets you as the reels spin and winnings are calculated. The bright colours of the godly figurines and Egyptian relics will be there to test the strength of your heart. Dare to enter Ramses’ domain as he once again wakes after centuries of rotting in a grave.

Things get personal in Ramses’ Revenge

Casino slot Ramses’ Revenge is an exciting adventure that will keep you coming back for more. Avoid the intense stare of Ramses’ glowing eyes as you explore the ruins of a once magnificent palace. It’s Time to face your destiny and confront one of the most powerful pharaohs of ancient Egypt.

Ramses will Ignite The Night with his wrath and your only hope is to spin the reels for a chance to win up to 49,999 times your stake. Brave through the crumbled ruins of Ramses’ palace and keep spinning to increase your rewards. Make a deposit today and face off against the powerful Egyptian pharaoh.