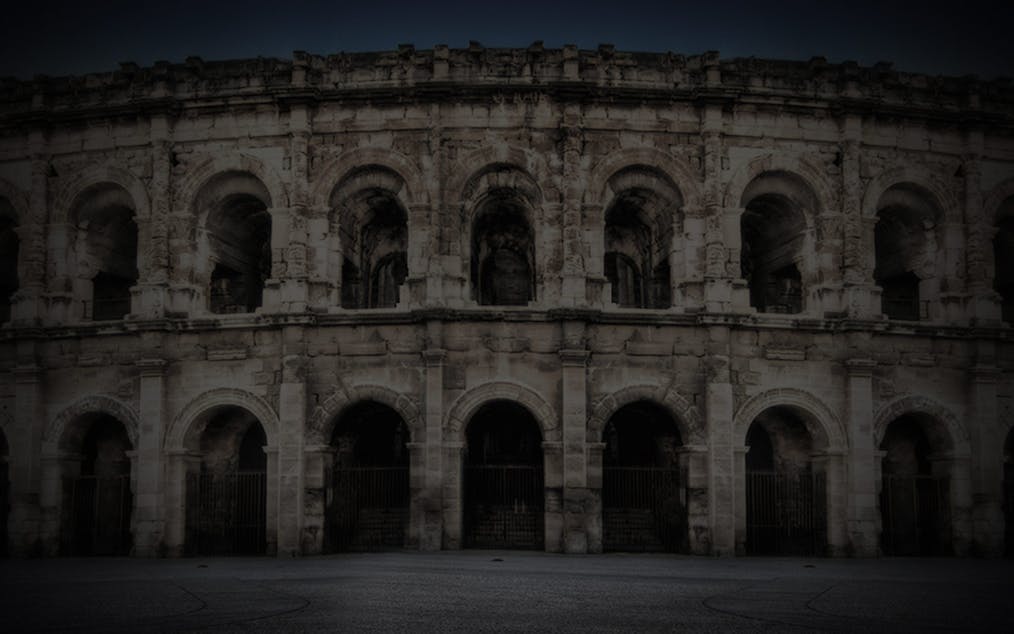 Roman Empire: The Beginnings of All Things are Small

Rome wasn’t built in a day but what you can accomplish within a day is accumulating wins in casino slot Roman Empire. Wager among emperors and royalties to spin the reels of this video slot game. You can obtain progressive rewards that will make you as powerful as the Roman Empire.

Use your wits wisely when you wager in casino slot Roman Empire. Don’t forget about your luck and spin the reels! Start small with a $0.01 wager or be ambitious with a $5,000 wager. Get your preferred devices such as your desktop, tablet, or mobile phone to play.

There’s no time to lose. You have a fortune waiting for you to be built with great intentions. The brick roads will lead you to the colosseum wherein a 5-reel grid will welcome you. It features 25 paylines that you can bet on as you please.

Land low and high paying symbols in casino slot Roman Empire and seize the day with wins like no other. All symbols pay from left to right except for the Scattered colosseum that pays any. All wins give out coin credits according to your bet value.

The low paying symbols of this video slot game are high cards in a deck. These are 9, 10, Jack (J), Queen (Q), King (K), and Ace (A). To know more about their bet values, you can refer to the information listed on the table below:

On the other hand, the high paying symbols in casino slot Roman Empire are illustrated as a bowl of fruit, shield, helmet, and Cleopatra. A gold Caesar coin functions as the Wild symbol and gives out coin credits as well. Their corresponding bet values can be viewed on the table that follows:

The Caesar coin can interchange with other symbols except for the Scatter symbols. It can also multiply your prize by two when there are one or more Caesar substitutes in a winning combination. Moreover, the Scatter symbol is depicted as a colosseum. You can win up to 100 coin credits and 13 free games when 3 or more colosseum occurs anywhere in the reels of casino slot Roman Empire.

No one can ever forget the grandness of the Roman Empire in its golden days. In casino slot Roman Empire, you get a taste of the lavishness with superb graphics. Witness the majesty of the Roman Empire under the romantic atmosphere of the night. Watch the stars glimmering in the midnight sky at the magnificent arena of the colosseum.

Here, the emperors and other royalties are waiting for you to win their favour so they can reward you with substantial amounts of prizes. From Caesar to Cleopatra, do as the Romans do and experience richness at its finest.

The Roman Empire has given their best efforts to rise from the ranks. Are you ready to do the same to build yourself a grand fortune when you spin the reels at casino slot Roman Empire? Accumulate progressive jackpots and other exciting bonus features!

Habanero is building its own empire of video slot games that will entertain and reward you tirelessly. Visit Santa’s Village and be gifted with wins like no other when you spin the reels. Witness the Bird of Thunder soar up to the skies with fortunes one can imagine.